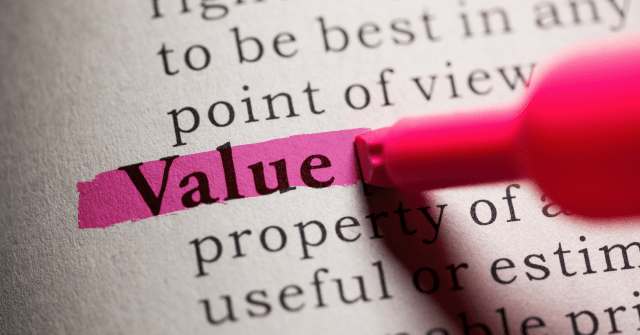 Forty-four weeks ago I started a thing.

As with most things, I wasn’t sure what it would be when I started it.

I called it A Person You Should Know and at the time all I knew was it would be a way for me to identify and profile people who have interesting insights to share with the world.

I believed knowing those people – and introducing them to others – would create value for myself. And I hoped an audience – possibly a large one (though I couldn’t define “large”) – would see value in it as well and come along for the ride.

Failure is always an option.

But I’m an optimist. I felt like if I built it, they would come. I just didn’t know how many and what exactly I would do with them if they did.

Because I have an entrepreneurial bent, I assumed if an audience came I would figure out how to monetize them. How to capitalize on their attention. How to take my “thing” to the next level.

Because that’s what you’re supposed to do on the Internet, right?

Build a thing that attracts an audience and turn that audience into a business.

It doesn’t have to be “the” business that sustains you – maybe it’s a side hustle? Maybe it’s the seeds of a bigger business? Maybe it’s a proof of concept?

But at its core, it becomes a business.

It’s easy to buy into that conventional wisdom because denying it can be scary.

If I’m not building a business – or something with the potential to become one – then why spend time and effort trying to attract an audience for it?

Business is the end game, right?

Some version of that assumption guided me as the audience for A Person You Should Know has grown. Thousands of people subscribed and it’s become a regular read for many more.

That’s no small feat and I’m incredibly proud of what I’ve accomplished.

Naturally, my mind drifted to thoughts of how I could monetize my “success” – monthly memberships, exclusive content, sponsorships, etc.

While I know the scale isn’t quite there yet, I thought about what could be and how best to get there.

I wondered – was this destined to be a side project or could it be more? Could it be my main thing? How big could it get? What was possible?

Then, a funny thing happened.

I no longer want it to be a business.

My interest in it hasn’t waned, but I no longer feel the need to chase audience growth and figure out how to monetize it.

It is what it is and I’m satisfied with that.

A project’s value is not solely based  on what it might become, but by what it already has become.

And by that standard, A Person You Should Know is very valuable.

It gives me a reason seek out people who I otherwise never would have found in my social feeds. And it forces me to dig deeper into what these people believe and what they’ve learned.

The process of digging into somebody’s body of work gives you a different perspective of who they are, what they know, and how they came to know it. You can’t get that from a tweet.

You can see the evolution of their ideas and be reminded that all ideas and interests evolve over time.

I now recognize the value of this project doesn’t solely lie in the audience it attracts or the money I could extract from it.

Things don’t have to become a business to become valuable.

That’s easy to forget these days – especially in the marketing, media, and tech corners of the internet.

I’m not sure how I came to this realization. I have an artistic bent that rivals my entrepreneurial one, so in some ways I’ve probably always known it.

But I recently remembered it and I’m glad I did.

So, while I’m still honored that people see value in subscribing to A Person You Should Know (which you can do here by the way), I won’t be turning it into a business any time soon.

Get the audience you deserve.

Want five tips to help you better produce, promote, and profit from your creations?

Check out my free For The Interested newsletter:
Your information will never be shared because I'm not a jerk.

FacebookTwitterLinkedInEmail
The 41 Best Things I Created Before My 41st Birthday
The Thing You Don’t Understand About Los Angeles
Get the audience you deserve.

Want five tips to help you better produce, promote, and profit from your creations?

Check out my free For The Interested newsletter:
Your information will never be shared because I'm not a jerk.