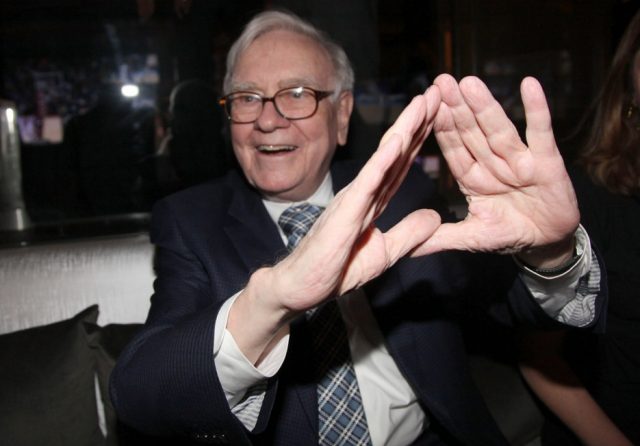 I’m an idea broker. I connect people with valuable ideas that I generate, find, and share.

Here’s a look at this week’s ideas…

This is something I’ve been thinking about for a while and have become increasingly interested in as my career has evolved. Long story short: most people and companies still operate the way the world worked 50 years ago and those practices are actually doing more to prevent good work from getting done than enabling it to happen.

2. THE BEST COMMENCEMENT SPEECH I’VE SEEN IN A WHILE

“Things don’t happen for a reason. But they do often happen because nobody has yet found a better way.”

Jeff Huber is an ex-Googler who is currently CEO of Grail, an organization dedicated to early cancer detection. The speech he gave at the University of Illinois this year is absolutely amazing – in both heartbreaking and inspiring ways – and well worth a read.

His challenge to recent graduates and all of us is simple and based on the belief that has guided his life and career: Find a better way.

3. ALICE BOYES IS A PERSON YOU SHOULD KNOW

Alice is a columnist for Psychology Today magazine who literally wrote the book on anxiety. In addition to a list of her 50 strategies to beat anxiety, you can also learn from her how to feel calmer at work, how to be more authentic on social media, and how to use your strengths to improve your weaknesses.

4. A BIT OF VIRTUAL REALITY SKEPTICISM

A lot of people have a lot of excitement about the future of virtual reality right now. But most of those people seem to be affiliated with brands (see: Samsung) or social platforms (see: Facebook). I don’t hear a whole lot of “regular” people talking about our impending VR future.

I’ve also noticed that most of the people diving into the deep end of VR content creation seem to be brands – not artists/filmmakers. It remains to be seen, but it’s tough to imagine this is a good thing for the development of the medium since brands interests rarely align with artists and the public rarely enjoys the things brands cram down their throats.

I’m not saying VR is going away any time soon, but I’m not 100% convinced of its future success the way so many of my peers seem to be. Then again, when you see people have a reaction like this to their first VR experience it’s possible I could be VERY wrong.

5. YOU’RE WRONG ABOUT YOUR AUDIENCE

“Having people tell you they value what you create is the most valuable metric.”

When I sent this newsletter last week it prompted some responses from subscribers, one of which then prompted me to write this post about the assumptions creators make about their audience and vice versa.

Most of those assumptions are wrong.

You know all those ads in your Facebook feed? Well, Facebook tries to show you ads it thinks will be relevant to you. But it turns out you can help them do that.

This link goes to an article that explains how you can easily see exactly what Facebook thinks you’re interested in AND change those interests. While you can’t remove ads completely, changing your interest settings will drastically change the types of ads you see and make sure that you actually see stuff that’s relevant to you.

Even if you don’t change the settings, it’s interesting to see what Facebook thinks you’re into regardless.

7. JEREMY COWART IS A PERSON YOU SHOULD KNOW

“The more you build things, the more confident you get.”

Jeremy’s one of the most successful photographers in the world and theoretically there was no way he should have gotten to that point in his life.

But he did and my profile of him explains some of how he did it, including his thoughts on how to take a good photo, how to become influential on social media, and how to keep stumbling forward when you make mistakes.

8. WHEN RUN DMC AND AEROSMITH MADE “WALK THIS WAY” THEY HATED EACH OTHER

This oral history of the making of “Walk This Way” is good, but what’s absolutely fascinating is the video piece that accompanies it and includes previously unseen footage of the day they recorded the song.

What becomes instantly clear is that both groups hated each other, thought the collaboration was an idiotic idea, and that Rick Rubin is an even bigger genius than you think.

“This thing doesn’t need reinventing…its mission is hard copy delivery, and all it needs to do is be sure it gets there.”

You probably think of the U.S. Postal Service as the least innovative place on the planet and it may be. But in reading this excerpt from a new book about the history of the postal service I discovered that a LOT of innovative people have actually worked there.

And it turns out those innovative people – who early on suggested the Postal Service take the lead on developing things like email – were run out of the organization and then went on to help build super-successful technology companies.

Buffet only schedules meetings 24 hours in advance. He refuses to schedule people further out because it allows him to remain in control of his time and ensures that each day he’s filling his calendar with things that are most important in that moment.

Not sure I’d have the balls to implement that policy myself, but I’d probably be a lot happier if I did.

Want me to send you next week’s ideas? Subscribe to my newsletter here.